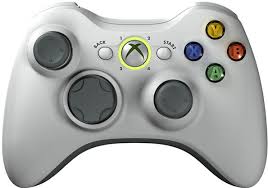 With the news of a required internet connection and no used games presented by Kotaku, I am leaning towards Sony now more than ever.

Having to be connected to the internet is not a major deal, if you live in an area that has high-speed internet. In the United States, having high-speed internet isn’t available everywhere. This is going to push people away, but the biggest problem lies in the one time activation code that one can use to play a game.

This code isn’t for online play, it’s for play in general. Now I have younger brothers and friends, we borrow each other’s games and often play on each other’s systems. How is one expected to buy several copies of one game to play in a household? Microsoft may be digging their grave here. Think about all the people you know with more than one kid or sibling, then think of how likely it’ll be for them to buy two copies of the same game just so that they can both play on their own gamer tags. Not coming up with too many people? Yeah, me either. Sony already has the Blu-ray feature, and will have a much cheaper, if not still free online option so there’s two advantages gone. If they have no activation code, they’re already in the positive for anyone over the age of 15, because let’s face the facts Kinect isn’t really impressive. Right now Sony is winning, just because of the Xbox reports, I don’t think information about a new system is supposed to hurt you when the competition has absolutely nothing to fight back with.

Would you buy a system with these two features?